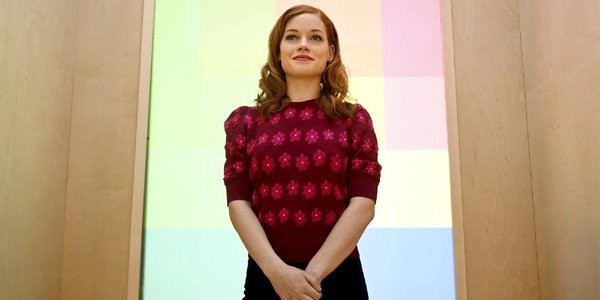 NBC’s Zoey Extraordinary Playlist, which premiered early January 2020, received a “no go” after the comedy-drama was canceled after two seasons this week. The show featured Jane Levy (Suburgatory), Skylar Astin (Pitch Perfect), Alex Newell (Glee), and more. Levy played Zoey Clarke, a young woman who discovers she can interpret other people’s thoughts through musical numbers. The show is NBC’s third musical comedy to be canceled following Rise and Smash. Although it may seem like another show down the drain, there’s a much larger issue here.

The dream musical comedy ensemble is dying and it’s no secret it started after the beloved Fox show Glee. After Disney’s High School Musical journey ended in 2008, the attractive male and female leads seemed to be a thing of the past until creators Ryan Murphy, Brad Falchuk, and Ian Brennan brought back the familiar atmosphere, this time centering on a small town Glee club in Lima, Ohio. The show began in 2009 and ran until 2015 for a total of six seasons. It’s safe to say the cookie-cutter musical lifestyle just doesn’t work anymore for viewers. It’s become a tired trope since then, and viewers want something new, but in there lies the problem.

Police officer and detective shows like Law and Order: Special Victims Unit, Chicago P.D., The Blacklist, and more have taken over the NBC network shutting out any light for shows beyond bullets and handcuffs. There’s no longer an appreciation for musical numbers and covers of beloved 80s hits. Levy was hit hard by the news, according to Vanity Fair. Many followers of the show lined up Twitter with #SaveZoeysPlaylist to revive Peacock’s original move to recapture the show’s magic for a third season.

The show’s showrunner Austin Winsberg is doing his best to bring the show back after the cancellation announcement. “If you love @ZoeysPlaylist as much as we do, we need your help. NBC and Peacock have decided not to renew us. We want nothing more than to keep this wonderful show going. I feel like it’s 21 years ago all over again when Freaks & Geeks got canceled. Help us find a new home,” Winsberg said in a TV Line article. A third cancellation means we may be seeing the last of what was an American beauty in entertainment. Singing on TV doesn’t have the same appeal it once did.

“I feel like I did everything that I wanted to with this show. If it’s over, I don’t have any regrets. I gave it my all and so did everybody else,” Levy said in a Vanity Fair article.