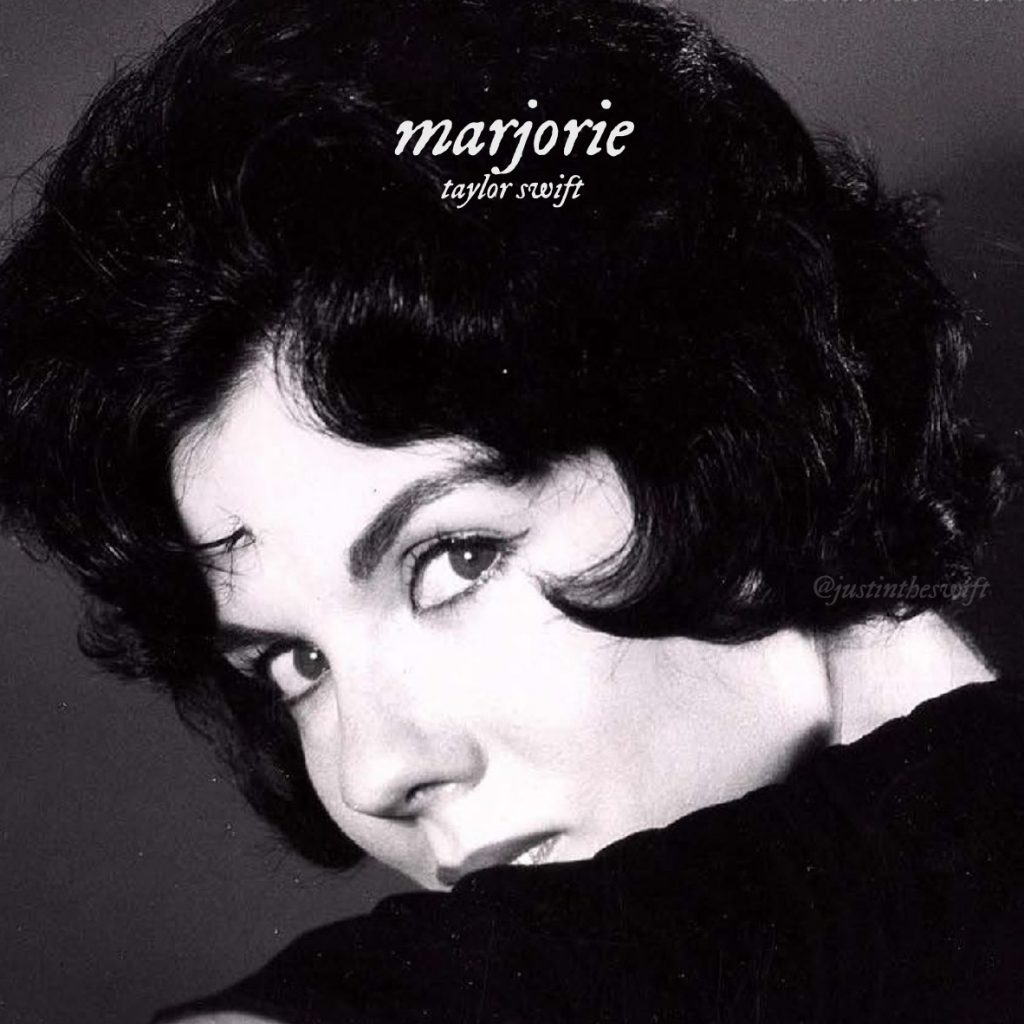 Singer-actress Taylor Swift honored her late grandmother Marjorie Finlay on her ninth album Evermore. The nearly four and a half minute song detailed Swift’s unspoken feelings and memories of Finlay.

However tragic the track is, the message is universal and touching, to say the least. Losing someone dear during a time of success and change is strange but losing someone when you’re too young to understand is even stranger.

Finlay was born Oct. 5 in 1928, where she was raised in St. Charles, Missouri. Her claim to fame was a contest win on the show Music With the Girls.

Swift’s grandmother lived with her and her family until her death in 2003. The artist attributes Finlay as inspiration for her own singing career. Like Swift, Finlay was a gifted singer.

During the initial hearing, I wasn’t exactly impressed with “Marjorie,” mostly because of a lack of imagination and initial interest in the album as a whole. I later wrote how wrong I was about both Evermore and its predecessor, Folklore.

I realized three months later that “Marjorie” was not only about a young aspiring woman in the world but one that Swift called family.

Swift tweeted back in December that she still speaks with her grandmother, even if it’s only in her dreams.

I have no idea what will come next. I have no idea about a lot of things these days and so I’ve clung to the one thing that keeps me connected to you all. That thing always has and always will be music. And may it continue, evermore.  – Taylor Swift

I view the track in many ways: first, as I initially described, second, as a woman, I too called family for a brief time in my life, someone who believed in me. I think we all have someone that stands by our side no matter what. But there was something else.

Perhaps what “Marjorie” gets right is the itch that the sound creates. It’s a phenomenon unlike anything else before because of its heartfelt songwriting. There’s a spirit, an aura and energy that simply grabs you when you least expect it.

The lyric video shows a woman dressed in various 60s wardrobe, unafraid and brave. She is seen waving at the camera more than once. I think, in a way, we’re all the camera.

To be brave is to feel what must be felt, which includes our past. Swift displays these qualities like her grandmother, something we may see in ourselves too.