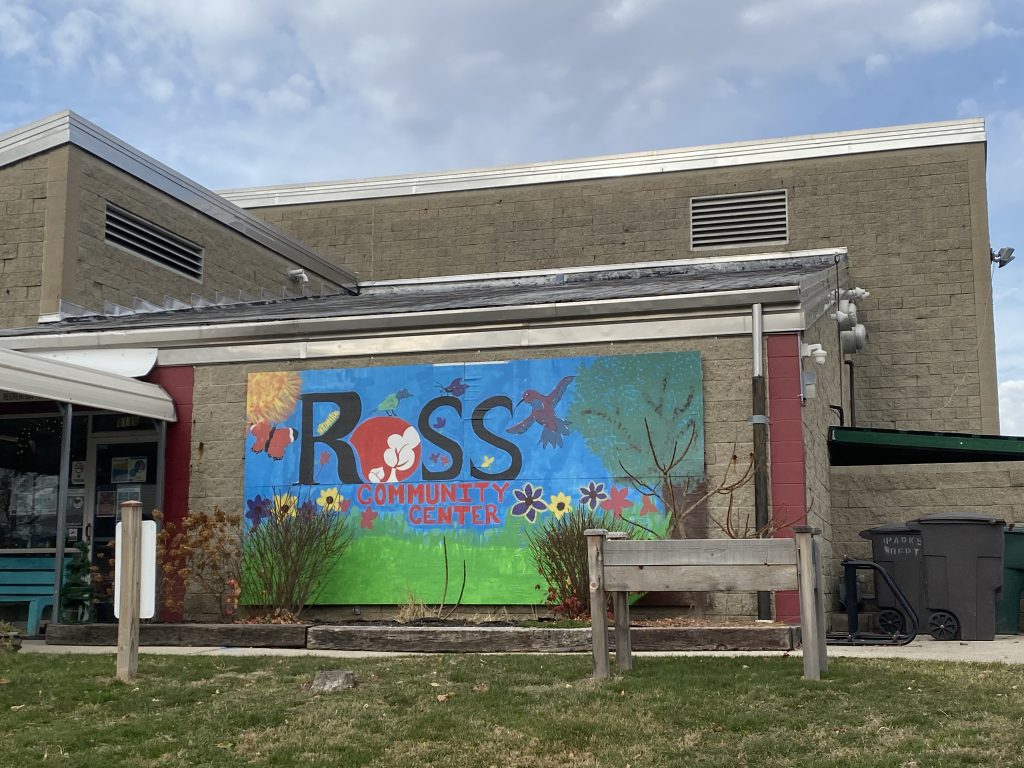 A young girl with blonde pigtails and a beaming smile races up to the back wall in the multipurpose room of the Ross Community Center. She is surrounded by dozens upon dozens of other children. She opens her dainty hands and dips them into the pool of paint. She pulls them out and admires the drip of the colorful liquid as she places her hands on the wall, one after another. She slowly pulls them back and smiles, admiring the handprints she just created. The next child makes his way to the paint to repeat this process.

Diane Curtis, a volunteer at the Ross Community Center, watches this and can’t help but soak in this moment.

“That was the cutest thing in the world.” Curtis said, “And that [the handprints] stayed there for probably 10 years or so. It was kind of tough when they painted over it. But those kids are all grown up. You know, a lot of them came back to see their handprints. That was that was awesome, too.”

Curtis has seen the Ross Community Center at its worst and at its best.

“I’ve always been interested in trying to keep the neighborhood together,” said Curtis.

“We were in pretty bad shape for a while,” said Curtis.

In 2015, Jacqueline Hanoman joined the Ross Center as executive director.

“She has just really turned that place around. She was able to get several more grants. And we have grown substantially since that point. She was a godsent,” Curtis said, “We went through some really hard times. And I think Jackie has helped pull us up by our bootstraps, and pull us out of the fire. And we hope we can keep it that way.”

The Ross Community Center welcomes all newcomers with smiles and open arms.