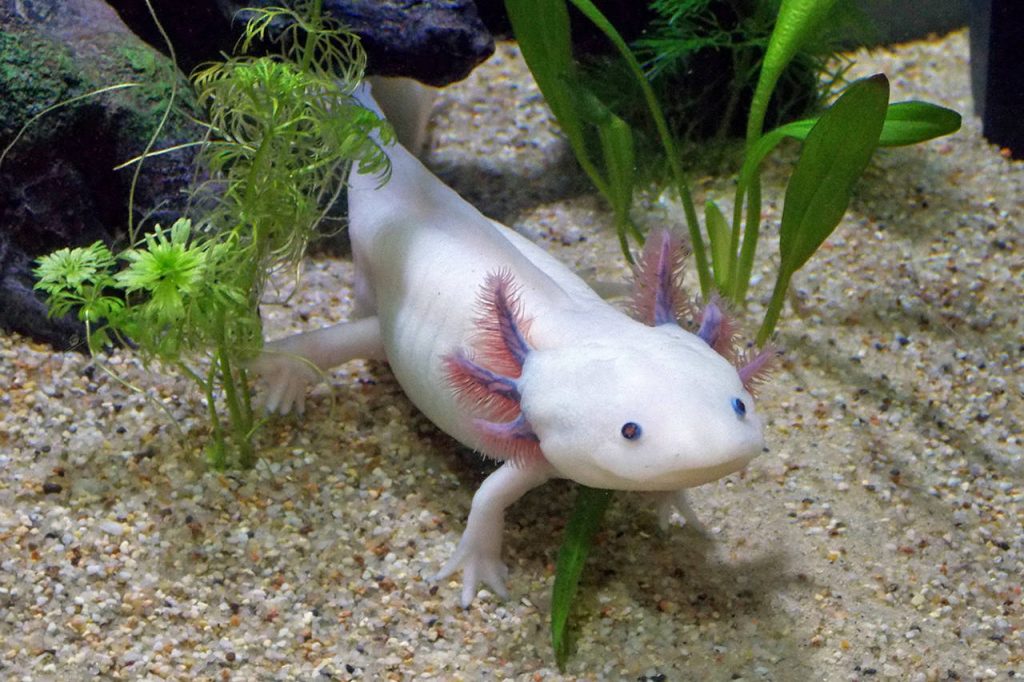 The following article is a mix of expert opinion and personal experience. Not every small animal pet will show the same characteristics, and this is merely general information.

In the 13th Century, the Aztecs made a discovery other than brilliant farming techniques and ritualistic ideas. Located near the then capital Tenochtitlan were small swimming salamanders. The creatures were named axolotls after Xolotl, god of fire and lightning. It was believed the god had transformed into one of the salamanders to escape sacrifice by the sun and moon. Today, natives of Mexico can find these cute, curious critters swimming in the Xochimilco Lake located nearby Mexico City. It’s not uncommon for axolotls to be eaten as they are considered a delicacy in that part of the world. Still, it’s only a tiny fraction of the reasoning behind their decreasing numbers in population. The axolotl is considered an endangered species, with approximately 1,000 left in the wild.

Axolotls resemble a salamander with external gills and a tadpole-like tail giving them the name “The Mexican Walking Fish.” The front feet have four toes, while the back feet have five toes. Axolotls come in a handful of colors, including copper, lavender, black, albino, enigma, and more. Since they tend to live in dark areas with little light, they’re naturally almost blind, making it common for them to bump into prey and areas of safety. Their external gills give them a keen sense of smell, allowing them to smell out prey nearby as well.

Axolotls can be kept together, although owners should exercise caution as they can be aggressive toward one another. It’s not uncommon for one to nip or even bite off another’s limbs or gills. Luckily, axolotls have regeneration capabilities allowing them to regrow limbs. However, axolotls should not be kept with other fish as they will nip at an axolotl’s gills.

Despite what the internet might say, axolotls are relatively easy to care for as long as one is willing to put in the work to take care of them. While baby axolotls are small, they will grow to be at least a foot long, so allowing them room to wander in a 40-gallon tank is key to their survival in a pet setting. No sharp objects should be placed in the tank as they have sensitive skin and can be easily injured by objects.

An aerator or bubble producer of some sort is key to their survival and access to oxygen. Bare bottom tanks are common, but owners are not limited to these setups. Large substrate and small sand particle-filled tanks are the only other options as axolotls can eat small pebbles, causing digestion issues and death. Daily cleanings are recommended, but I’ve found weekly cleanings work just as well. Make sure to clean their canister filters, too—Fluval C4 works best.

As for feedings, there are several options. Live prey like bloodworms, insects, freshwater shrimp, and tadpoles will suffice. I’ve found that carefully produced pellet food also works. Axolotls are messy pets and will produce significant amounts of stool if one doesn’t keep tabs on the tank. Careful cleanings are crucial to a healthy axolotl. Cleaning can be done with a turkey baster or regular fish tank vacuum as their stool is dust-like and able to spread quickly.