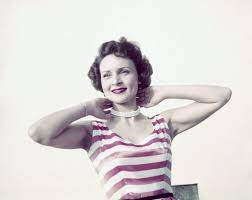 “Thank you for being a friend,” Remembering Betty White

“Even though Betty was about to be 100, I thought she would live forever,” Betty White’s agent Jeff Witjas told People Magazine.

According to multiple reports, legendary actress Betty White died on New Year’s Eve 2021 at the age of 99. White was set to celebrate her 100th birthday on Jan. 17.

White holds the record for the longest female entertainer in TV history. She began her career in the 40s as a radio personality in an industry where everything was male-oriented and to be funny was “unfeminine,” White told CNN in a 2017 interview.

The actress appeared in many notable roles like The Mary Tyler Moore Show, Saturday Night Live, Hot in Cleveland, The Carol Burnett Show, and her most iconic role as Rose Nylund in the 1980s The Golden Girls.

Following White’s death, celebrities worldwide immediately chimed in, including Ryan Reynolds, Mark Ruffalo, Nick Cannon, the Bidens, and many more. Many praised her commitment to comedy and the sheer optimism she boasted about her entire career.

White was known for helping wildlife off the screen especially following the aftermath of the Australian wildfires in 2020. The Betty White Wildlife Fund provided $1 million for restoration efforts in Australia. She also served during WWII, delivering shuttling supplies to soldiers in the Hollywood Hills.

A movie special titled Betty White: 100 Years Young was scheduled to premiere on White’s birthday in select theaters. Producers of the film stated the movie would continue with its release to celebrate the actress’s illustrious career.

As of now, there’s been no reveal for White’s cause of death.