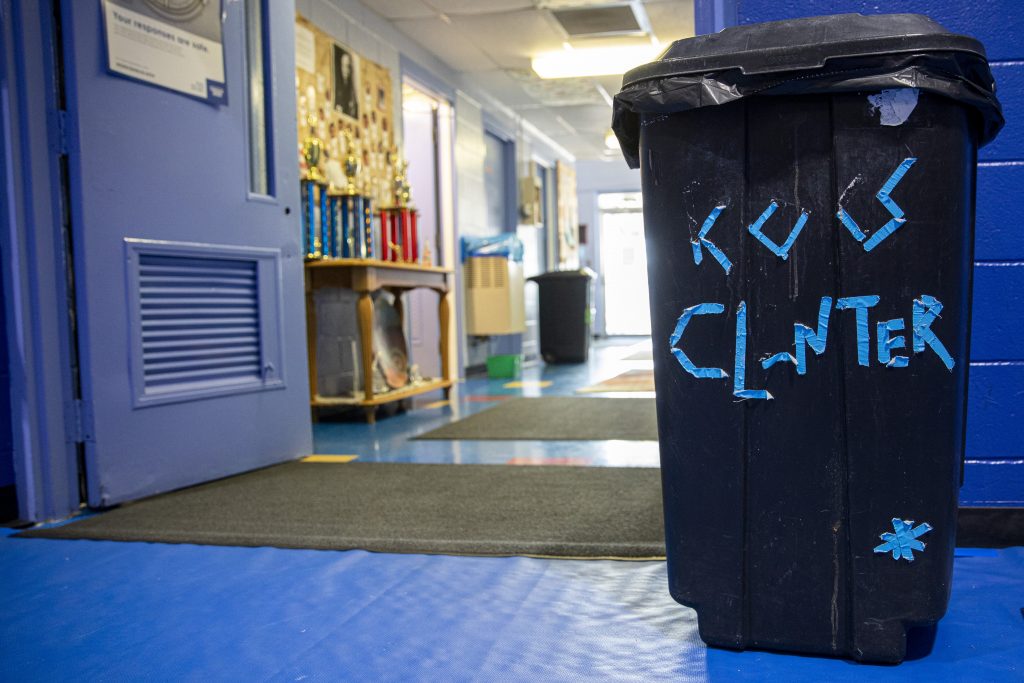 On Wednesday nights prior to March of 2020, if you walked into the Ross Center gymnasium, you would hear the sound of judo practice.

But when COVID-19 became a concern in the United States, those sounds stopped.

Shortly after the Ross Center Judo club was named club of the year by Indiana Judo, the club shut down.

After months of uncertainty, John Hampton, the head sensei and Carey Mountcastle, his assistant sensei, started holding judo practices again, but they’re not like normal.

“We loop gorilla bands, which are big sturdy resistance bands around the posts, and the kids practice their techniques with imaginary partners,” Hampton said halfheartedly.

With COVID-19 staying in the spotlight, Hampton said he doesn’t feel it would be responsible to hold practices like they used to.

“I’m really big on wearing masks, the kids have to wear masks,” Hampton said, “I don’t see how you could do randori, or free fighting, and keep your mask on. I don’t think people would intentionally pull them off, I just don’t think it would work.”

Driving down 10th street in front of the Ross Center, you wouldn’t think the pavilion outside would be a place for kids to learn judo, but on Wednesdays, it is.

Hampton said before they had to shut down, the club had about 20 members but when they opened back up their enrollment dropped to around five.

The club is using this time where they can’t practice together to build their strength and technique.

“There’s no competition to look forward to, you know, their motivation has to come from within,” Hampton said.

While the club members can’t practice together, Hampton uses the space to his advantage. If the weather is nice, he’ll have the kids do a lap around the adjacent playground. After the kids warm-up, they start working on other strength-building exercises.

“We keep telling the kids that if we keep training using our resistance bands and doing our cardio and you know strength-building exercises and looking at our technique that when this is all over will be a step ahead of the people who aren’t doing anything,” Hampton said.

Hampton says the club isn’t about creating the best Judo players in the world but it’s about them understanding and seeing the mutual benefit and welfare aspect of judo.

In addition to practicing, Hampton said he uses the time to talk to the kids about how school is going and how they’re doing in the different times.

Hampton said practice will be different for the foreseeable future and is unsure about what they’ll do once the weather changes. He and the other senseis are going to continue focusing on their core group of kids and helping them get better.

“Like the rest of the world, we’re just waiting for something to give and get back to normal, or some kind of normal,” Hampton said.

This article was written before we temporarily closed our Judo classes. The Ross Community Center is not offering Judo classes right now.