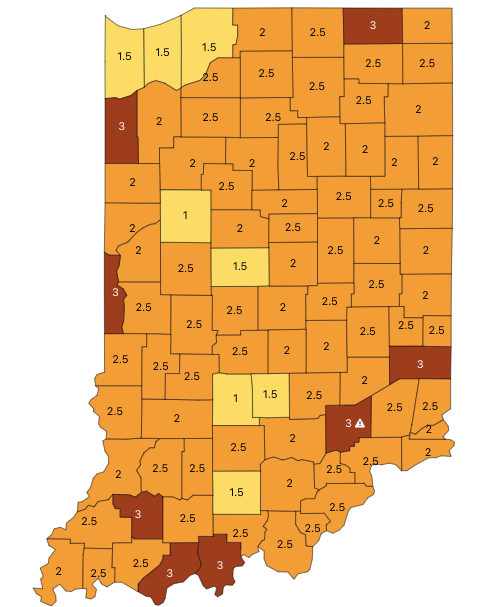 Red counties include LaGrange, Newton, Vermillion, Jennings, Franklin, Pike, Spencer, and Perry. Jennings has seen a spike in COVID-19 cases because of an outbreak at Jennings Jail.

The number of positive cases in Delaware has decreased with two new COVID-19 related deaths. Over 49,000 residents have been fully vaccinated.