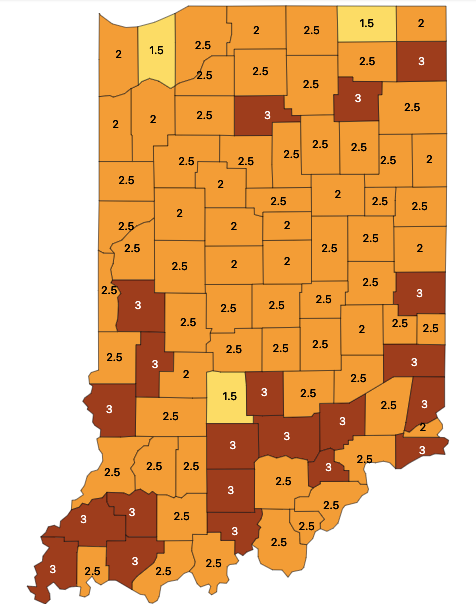 The number of red counties has jumped to 21 compared to two weeks ago where there were 16. Delaware County and its neighboring counties all remain orange, the second-highest advisory level.

Much of northern Indiana has gone from yellow to orange advisory levels except for Porter and LaGrange. Monroe in the southern portion has remained yellow too, bringing the number of yellow counties to three compared to nine the two weeks ago.