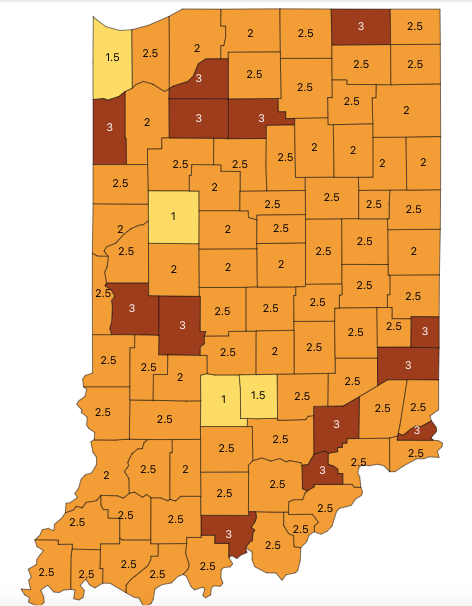 The number of red counties has decreased significantly this week by 12 as 13 counties lie in the red, the highest advisory level. However, whereas last week there was only one yellow county, Tippecanoe, there are now four, the lowest advisory level.

Delaware county remains orange for at least three weeks now, but neighboring counties like Henry, have returned to orange, the second-highest advisory level. These are all positive changes compared to previous weeks as efforts to drive vaccinations increase everywhere.

Two new COVID-19 related deaths have arisen, bringing the total death count to 232. Newly vaccinated residents were lower this week at 448 compared to over 500 residents last week. Whether this is good or bad news remains to be seen.