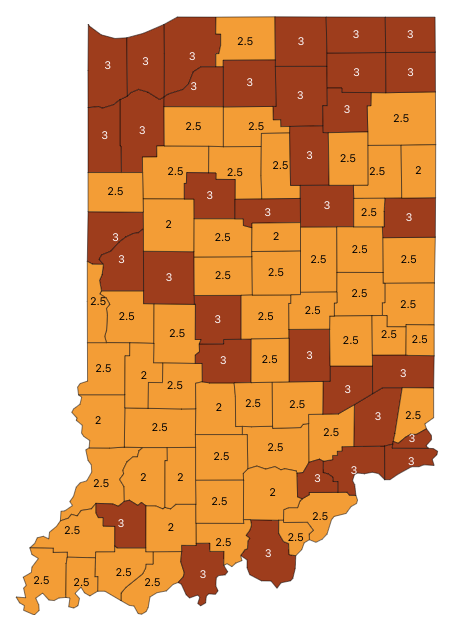 In a quick turnaround, Indiana has gone from nearly 50% of the state to 38% red. Delaware County remains orange, the second-highest advisory level. There are no yellow counties this week, signifying the lowest advisory level.

Delaware’s positivity rate has decreased from 14% to 12%. One COVID-19 related death has been reported and 78 new cases have been reported.

The county’s vaccination count is nearing 53,000. Sixty-nine residents have been newly vaccinated and over 400 booster vaccines have been administered.