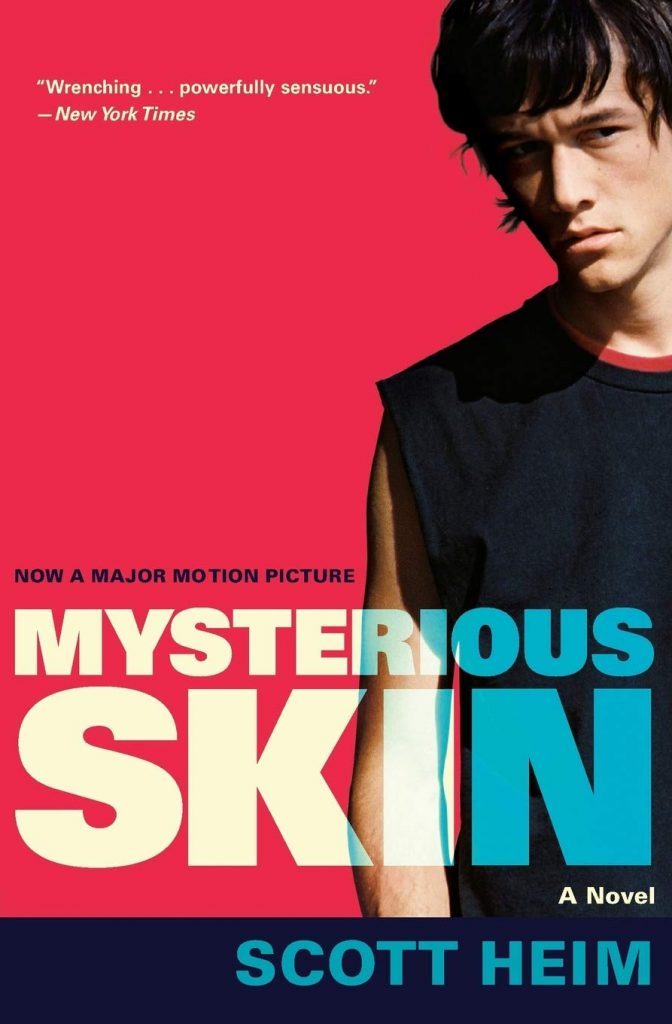 Warning: This review may contain spoilers for “Mysterious Skin.” The following is only intended for mature audiences. The views and opinions expressed in this story do not reflect the views of the Ross Community Center.

After years prior of young adult LGBTQ+ novels (Simon vs. The Homo Sapiens Agenda, Will Grayson, Will Grayson, Aristotle and Dante Discover the Secrets of the Universe, The Gentleman’s Guide to Vice and Virtue), I became curious about Scott Heim’s Mysterious Skin. If the cover art wasn’t enough to entrance me, the plot seemed to serve its purpose. Mysterious Skin is the most disturbing piece of LGBTQ+ literature I’ve read to date.

Neil McCormick growing up in a neglectful household, joins the town’s Little League team, becoming one of the best players. When the team’s coach becomes interested in McCormick, the young boy finds himself manipulated into child molestation and believing he is in love with the coach. The novel switches back and forth between many characters like Brian Lackey, a young boy believing he’d been abducted by aliens, Wendy, a childhood friend of McCormick’s, and Eric, another friend of McCormick’s who develops a crush on him.

Mysterious Skin focuses on the lasting effects of childhood trauma, in this case, sexual abuse, and how it affects one’s self-worth, thought patterns, and life decisions throughout life. McCormick begins prostituting himself, finding quick cash to pursue, and rely on drugs for a temporary high. As Lackey starts to tell his single mother about the claimed abduction, his mother struggles to work with him and ultimately drives a wedge between the two. It’s only toward the end of the novel when Lackey realizes the claimed “aliens” were, in fact, the Little League’s coach.

The novel pushes readers to continue as the plot centers around several mysteries in a seemingly backward Midwestern town. Taking place in the late 80s, early 90s, homosexuality is greatly frowned upon, and Heim demonstrates the lengths young men will go to acquiring love and quick cash, leading to deadly consequences. After the central characters eventually meet, you would expect some heartfelt warm conclusion, and on the one hand, you get the ending you want, but to me, I wanted more.

McCormick and Lackey discover they both experienced the same abuse when they were younger, and Lackey finds peace after years of nightmares. Heim demonstrates trauma through the eyes of young boys, using fictional sci-fi-like aliens and UFOs to align with more serious topics, which I thought was an interesting take. There are graphic scenes in Mysterious Skin, and I don’t recommend those without a solid stomach to proceed with this novel. The novel is worth the read, and it was a different reading experience than I thought it would be.