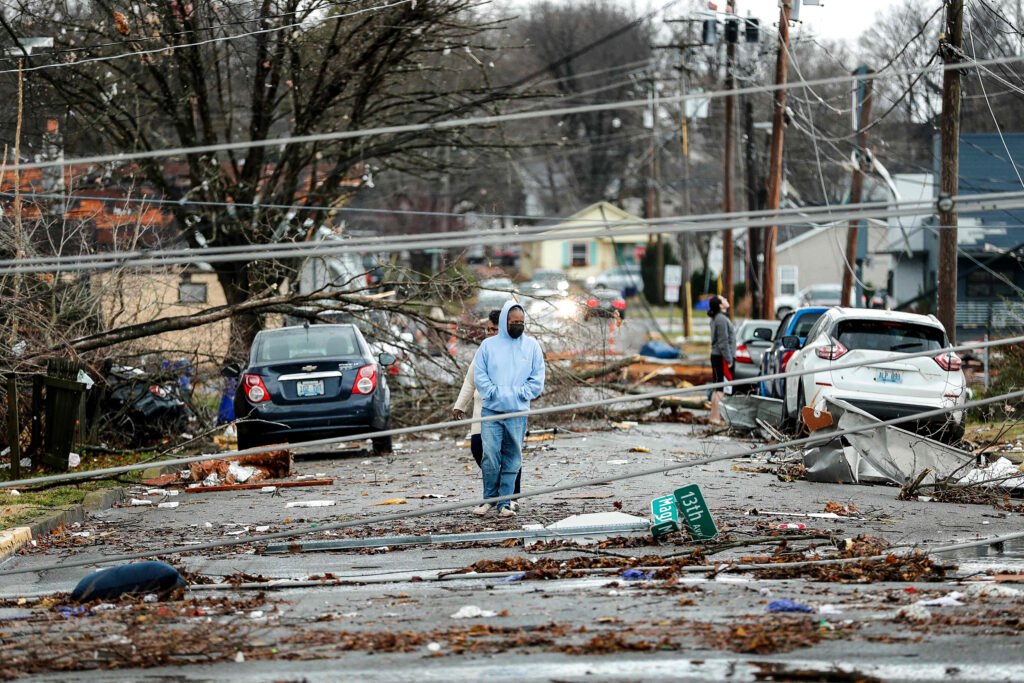 On Friday, tornadoes were reported in states Ohio, Illinois, Kentucky, Missouri, Tennessee, Arkansas, Mississippi, Alabama, and Indiana. One tornado with a width of 100 yards touched a mile north-northwest of Crown Point in Lake County at approximately 10:05 p.m. The tornado was estimated to have sustained 75-85 mph winds. Although this was the only tornado reported in the state, Kentucky faced heavy casualties as over 100 residents are feared dead.

Chief of Indiana’s search and rescue team Tom Neal was dispatched alongside a team of workers to assist in the search for people at the Mayfield Consumer Products candle factory on Sunday. In a conference on Sunday, Kentucky governor Andy Beshear stated that results are expected to surpass 100 casualties.

Many neighborhoods in the neighboring state were “leveled,” described best as a “warzone.” In one story reported by CNN, a woman from New Albany found a photo dated from 1942 on her car, which blew from Kentucky 150 miles away.

The Kentucky tornado is dated as one of the deadliest in the state’s history.