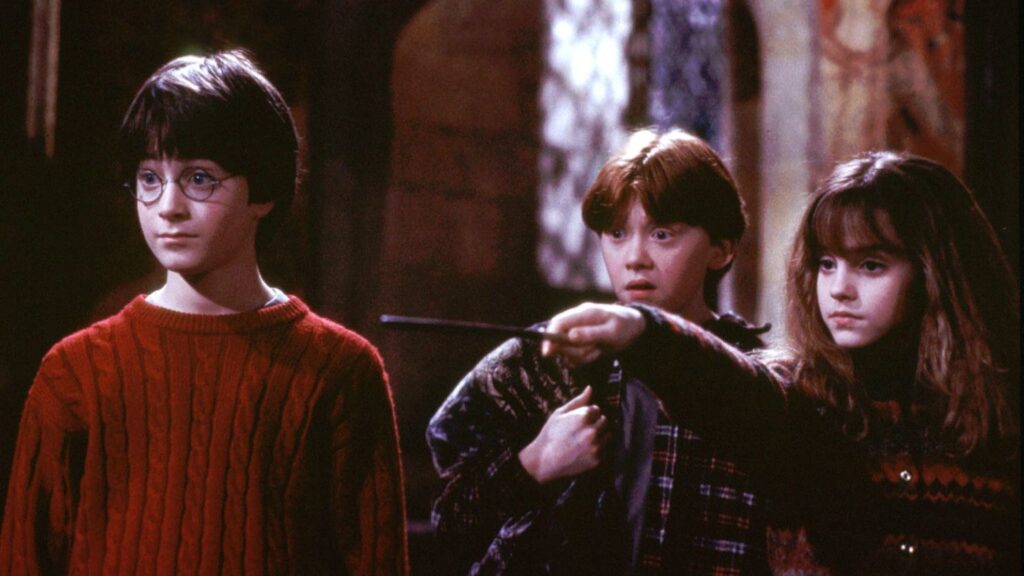 Today in 2001, Daniel Radcliffe, Emma Watson, and Rupert Grint played the famous trio from J.K. Rowling’s novels. Harry Potter and the Sorcerer’s Stone, titled Harry Potter and the Philosopher’s Stone in the United Kingdom initially, was published in 1997 and detailed the events of Potter, an 11-year-old who, as an infant, was found on his aunt and uncle’s doorstep. He would later attend Hogwarts School of Witchcraft and Wizardry. The success of the eight films later spurred the release of the spin-off series Fantastic Beasts and Where To Find Them.

The first film introduced an array of outstanding actors like Robbie Coltrane (Hagrid), Alan Rickman (Severus Snape), Maggie Smith (Minerva McGonagall), and more. Sorcerer’s Stone was a hit, becoming one of the highest-grossing movies in history. The final film Harry Potter and the Deathly Hallows: Part 2, was released in 2011 and grossed over 1 billion worldwide.

Although Grint faded out of the acting world, despite some roles in TV shows, Radcliffe and Watson continued their acting careers. Radcliffe can be seen in The Woman in Black (2012), Horns (2013), and Escape from Pretoria (2020), to name a few. Watson played well-known Disney princess in 2017’s Beauty and the Beast, The Perks of Being a Wallflower (2012), and Little Women (2019), for example.