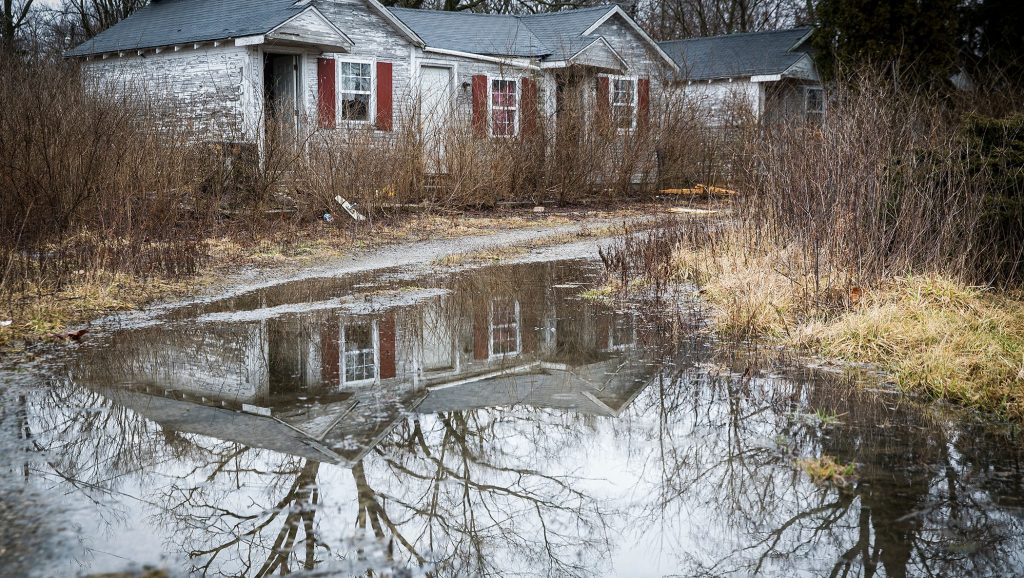 Ghosts of Muncie’s past

The city of Muncie was founded in 1865. The name comes from the white settler’s interpretation of what was once a Native American village named Munsee. Since then, the city has increased and decreased in population; recently, by 2,000, according to a 2018 article. Muncie was once the city of industry with at least three well-established industries in business, but in 2021, all those areas lay vacant and abandoned. Take a look at some history here in Muncie.

Muncie’s Chevrolet Plant began its production in 1935 and later formed a union in ‘40. The location experienced a brief expansion of business in the 50s and 60s until it felt the effects of foreign competition in the auto industry. The Chevrolet location was known for its production of manual transmissions. In March ‘06, the location shut down, leaving behind a vacant shell of a former powerhouse of employment for much of the city’s residents. The building was later torn down. The closing was a small portion of the estimated 20,000 jobs lost in the automotive business in the state since ‘99.

Like Muncie’s Chevrolet Plant, BorgWarner was another temporary boom of employment and source of success in the city for the automotive industry. Business began to rise in the 30s when sections of the factory were built. In Oct. 1960, presidential candidate John F. Kennedy visited the factory greeting employees. In the late 90s, Mexican company Tremec, received Muncie’s manual transmission line, which led to 800 job losses. A year after the closing of the Chevrolet location, it was announced that BorgWarner would also be closing. In ‘09, the doors were closed, and the massive construction sat for approximately eight years until its demolition in ‘17.

Resting behind a nestle of trees and close by Muncie’s visitor bureau lies one of the city’s biggest mysteries. Built in ‘34, the home features a detached four-car garage overgrown by Mother Nature, three bedrooms, and ornate furniture. Fire damage inside the house leads to suspicion of homeless individuals housing inside the home. As of now, the home lies abandoned on the market, awaiting its next owner.

Directly across the street of the abandoned mansion lies the next contender on the list. This hotel is perhaps the most infamous, dangerous hotel in the city known for its high drug and prostitution traffic. The 90 room hotel was built in ‘75, experiencing several remodeling’s until its closing and later demoing.

After discovering product fame in New York, the Ball Brothers relocated to Muncie seeking the natural gas the city had acquired at that time in the late 1800s. The business was named The Ball Brothers Glass Manufacturing Company and, during its peak, could produce up to 30 glass jars a minute. Outside of the state, five other factories existed and had 2,500 employees at its Muncie headquarters. The Muncie location closed in ‘62 after glass production evolved elsewhere.

With its original name Kuhner Packing Co. in 1901, the company was renamed Marhoefer Packing Co. in ‘45. The company was one of the largest meatpacking companies in the United States. After over 30 years of business, the location closed in the 70s. Remnants of the brick buildings rest quietly while nature overtakes them.

The Cincinnati, Richmond, Muncie Railroad carried passengers throughout Muncie in the early 1900s until it was bought by the Chesapeake and Ohio Railway later. The rails were removed in ’94, but one of the bridges—now a part of Cardinal Greenway remains. The trail leads 40 miles away into Richmond. Another railway that led into Anderson was abandoned and removed in the 70s.

Located on Muncie’s southside lies an abandoned piece of history that resonated with many travelers on I-67, Maples Motel. Little information was found on the site, but it’s been torn down, leaving a barren field of weeds. The location once housed guests in individual cabins, something relatively unheard of today. The motel has a dark past, including murders, kidnappings, and possible hauntings.