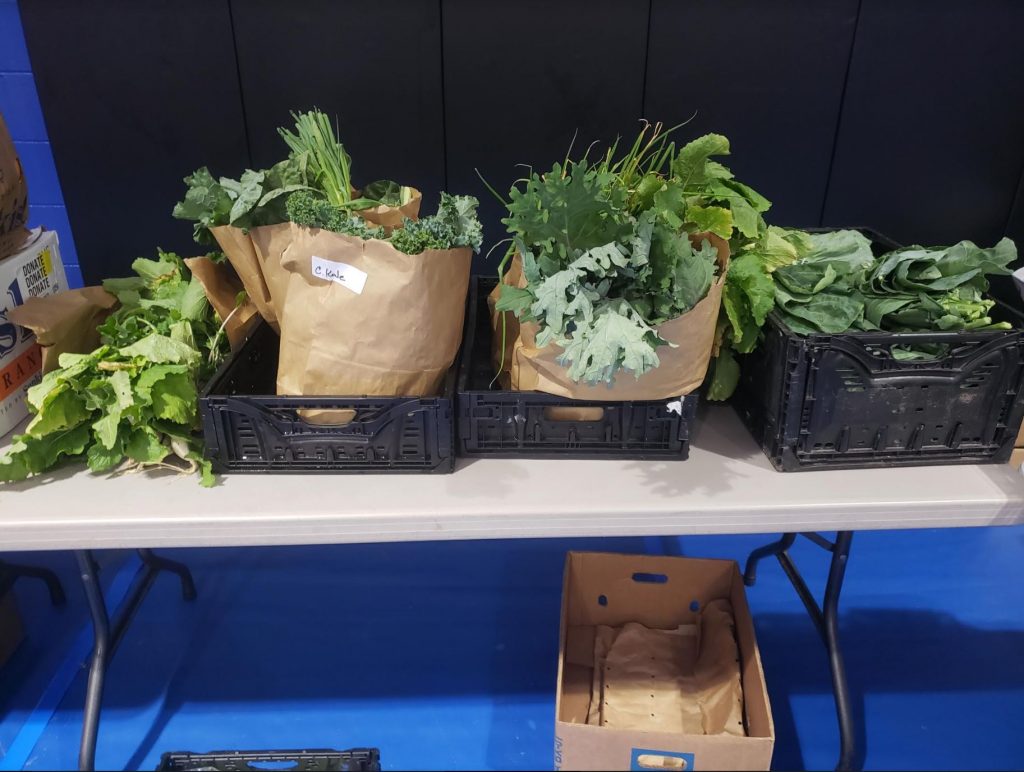 It was a rainy, muggy afternoon while cars lined the nearby streets. Inside the Ross Community Center, the clock read approximately 3:45. “I think we’re ready,” says executive director Jacqueline Hanoman. The community market, which was held June 18, was the first indoor market since March 2020, according to Hanoman.

Hanoman envisioned a community market for the locals of Thomas Park and Avondale neighborhoods when she took over the center after its reopening years back. There was a lack of funding to keep the center open; when the community stepped up to not only reopen the Ross Center but modernize the location, Hanoman saw opportunities and ideas beyond thought at the time.

The forecasted storms, which included small hail, fierce winds, and sideways rain, dwindled minutes before it was time to open the doors. Previously, community markets were held outdoors due to pandemic restrictions and for the safety of the community. If weather was not exactly forthcoming on those market days, the need for produce and household items was greater.

“We would still work outside even if it were raining,” says sports coordinator Jack McFarren. “Fortunately, it was rare when the rain happened during those times.”

Although the original indoor setup wasn’t exactly parallel with its original design, it was a start and a successful one. In 2019, folks would sit in the gymnasium, socializing and getting together while volunteers and other workers helped put together crates of goods for those in need. A new and most likely temporary look for the market included a u-shaped area of fresh, local produce and household items.

The air conditioning battled those coming in and out with carts loaded with goods. To hear praise from locals about the indoor conditions was not uncommon. Drenched in sweat, many of us helping those in need—myself included—were seen carrying cartons of eggs, collards, greens, packaged meats, sweets, and much more. Familiar faces walked in while other faces were new. Six of us assisted over 40 individuals, some needing more items than others.

There was no doubt the center made several smiling faces this weekend. The real prize was being a part of something so meaningful to this great community.