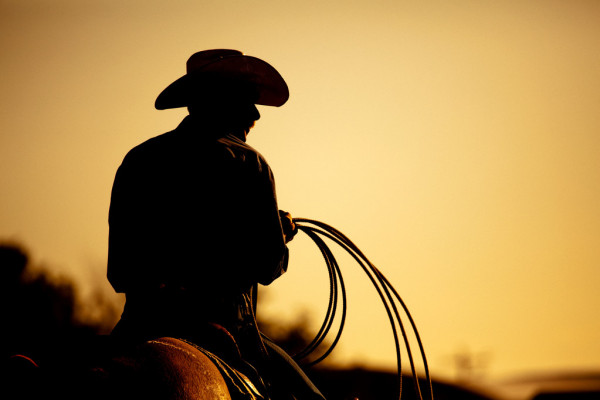 Dust and a Cigarette: A Fictional Piece

All characters and locations in this story are works of fiction. This story is only intended for mature audiences. The views and opinions expressed in this story do not reflect the views of the Ross Community Center.

Elizabeth was driving alongside the desert wasteland of Flagstaff, Ariz. Cacti and the dirt of the Earth blew along the deserted road. It seemed to go on forever. “He told me it was called Levy’s,” Elizabeth said to herself. She glanced down at the meter that was slowly but surely approaching the red “E.” The sun was blistering hot. The road seemed to be dying from heat exhaustion as it waved and danced in the desert heat. She couldn’t drive with the windows down due to the sand and dust that blew in the air. Her air was still working, however. Eventually, she came to a small building. “Levies…hmm, well, this is it.” And she turned in.

It was a gas station/bar. She had never seen anything quite like it. The building appeared to be made from wood and nails that had been beaten for years. She was a long way from her hotel and even further from her home of Pittsburgh. She began pumping her gas when she spotted an old Ford Crown Victoria. The black paint gleamed in the sun. She grabbed her notepad and purse and entered the building.

The inside was musty. She first smelt alcohol and grease. It didn’t take a genius to figure out she was out of her element here. It took several moments for her eyes to adjust to the darkly lit room. “Hey, honey. What can I get ya?” She looked around until she found a middle-aged man behind a bar.

“No woman I’ve ever seen in here has worn anything quite so…Christian.” Elizabeth quickly looked at her outfit. She was wearing a gray wool sweater with ripped skinny jeans.

“You would be right in that assumption. Sorry, I didn’t catch your name.”

“Really? Well, if I ever find a job I like that much, I’ll buy you a drink. I’m Elizabeth.”

“Is it usually this dead in here?”

A man in the back of the room spoke up, “You should’ve been here back in the 50s. It would’ve been…a different crowd. You waiting on someone, ma’am?”

“Actually, I am. A Mr. Harry Klinebough.”

“That’s me. Now I want to tell ya right off the bat. I don’t mind no reporters comin’ in here as long as they stick to their side. You get me, Ms…umm?”

“Haggen. Elizabeth Haggen. Well, you don’t waste any time, do you?”

“Honey, I’ve been around for a long time. I know how these things go.”

Elizabeth opened her notepad, “and exactly how long are we talking here?”

Harry grabbed a cigarette from his shirt pocket and lit it up. The room seemed to fill with smoke instantly. Elizabeth began to cough. “You know those things kill, right?”

“I survived a lot more things that ad’ been tryin’ to kill me for years.”

“Why do you think this room is empty?”

“Girl, you really don’t know nothin’ do ya?”

“I’m starting to question that myself.” The man broke out in laughter. His lungs clanging together in his chest. A rattling cough that was filled with sickness and years of a hard life.

“But funny. A funny one. Hey uh, Joe, grab me a bottle of that Jack if you could. And to answer your question, miss. I single-handedly took care of some of the largest drug rings in the Southern half of the United States.”

“And were all your methods *ahem* strictly legal?”

“They got the job done. Don’t write that down.”

“Sir, you gotta give me some answers. My paper has been trying to reach you for years. You’re a legend in Texas. Just give me something to work with here.”

Harry was staring at Elizabeth intently with a cigarette in hand. He placed the cigarette in the ashtray and leaned forward. Elizabeth could smell alcohol on his breath. She winced.

“It’s not possible to do this sort of work the “moral” way.” He coughed several times and reached in his pocket. He felt and found a white handkerchief. Black residue lined parts of the linen.

“Harry…I um, I read about your work with the Klan during the 1960s. Should we start there?” She couldn’t help but stare at that handkerchief that held the black substance. She wondered what all this man was hiding. She wasn’t leaving until she found out.

Harry turned and looked over Elizabeth’s head. He seemed to be staring at something that nobody else could see. Joe said, “you’ll have to excuse him, he um, he isn’t always “all there” if you get my drift.”

Elizabeth followed his eyes and turned her head. “I see.”

Harry seemed to forget what he was looking at, “I did my fair share of work against the Klan, yes. Made no damn difference. You see em’ pop up in the papers every now and then. You’ll have to excuse my English. My grandfather always told me the South never really leaves you.” He picked up his cigarette and continued to take puffs.

A woman walked into the bar. She looked middle-aged and from the rougher edges of the town. Harry caught sight of her, “Well, as I live and breathe. Martha, is that you? Honey, I haven’t seen you since the case with your brother.”

She smiled and approached the table. Harry stood up, and they embraced one another. “Harry, it’s so good to see you. I haven’t heard from ya since that accident with your leg. They doin’ well?”

He slowly lowered himself back into the booth, “Oh yeah, a little stiff some days, but never been better.”

Martha acknowledged Elizabeth, “Oh, where are my manners? Hi, I’m Martha. I’m an old friend of Mr. Klinebough here. He saved my brother’s life a few years back. A gambling debt, you see. Very bad business. The whole thing. Well, anyways, I’ll let you two get back to it.” She walked away and left Elizabeth in silence.

She turned her attention back to Harry, “Well, it seems like you’ve had your own fair share of adventures in your time.”

“I have seen the worst humanity has to offer in this world. And let me tell you, it changes you. I don’t care who you are. Getting that call to go out and investigate a drug deal gone wrong, a mob hit, a robbery, you name it. You get in your cruiser and drive.” He turned to look over at the bar where Joe was polishing glasses. “You never quite know what you’re walking into. You see, I had this youngin’ ‘bout as old as you here. The first day and he was more excited than any other officer I’ve seen. He wanted the experience and all that bullshit they tell you about at the police academy.”

“He must’ve been wonderful to have around. To break the mediocrity and all.”

“I got a call to investigate a local arson. I took the old boy with me. His name was Steve Wren. We drove on over and looked around. It was an old convenience store. I knew that couple that owned it. Wonderful people.” Harry paused and turned to stare at his beer. “He um, he was a little too into this sort of thing. I told him to wait outside while I checked the inside, or what was left inside. I found the cash intact, so I knew this was no standard robbery. I heard gunshots ring out and quickly made my way outside. The local mob had shot and called Steve. It was his first day, Liz.”

Elizabeth could tell she was getting somewhere with this guy. She had been scribbling as much as she could down.

Harry continued, “They had meant to kill me. You see, I had put away a lot of people in my time. Some have gone in caskets; some have gone behind bars. Guess I must’ve hit a nerve somewhere along the way. Anyways, I eventually helped storm their hideout and arrested the man that shot my partner.”

“What about the other men that were there with him?”

“We never found them. Never have come up nowhere. I suspected they must’ve taken what they could’ve and booked it out of Texas. They eventually promoted me to sheriff. You know Ms., I don’t know what this all is gonna do for your story.”

“Don’t worry about that.”

“Eventually, I had moved to Arizona. God don’t tell you what hell feels like, but I bet this state comes close.”

“I dealt with the Klan on more than one occasion. Evil sons of bitches if I ever saw one. I learned to use my position of power to infiltrate places I suspected they had been meeting at. Now, of course, there was nothing illegal about them ol meetins’, but I knew I would nail ‘em. And I did. Eventually, they came after me. My poor Kathy was found hysterical a couple nights staring at them burnin’ crosses. I think they get a thrill out of that. Dave Bruster, a member, had the nerve to shoot at me in broad daylight. Guess I should’ve told him that I was raised on guns.” He chuckled a little at that.

“Do you still do sheriff work?”

“Heavens no. Have you seen my stance? There’s no way I could keep up with those rotten bastards these days. They let me keep the car, though. What else ya wanna know, dear?”

“You know what, I think this is good. More than good. Thank you very much, Harry.”

“Well, I do appreciate the company Ms. My sweet Kathy passed away a couple of years back. The presence of a woman really changes things.”

Elizabeth laughed, “Well, thank you for the compliment.”