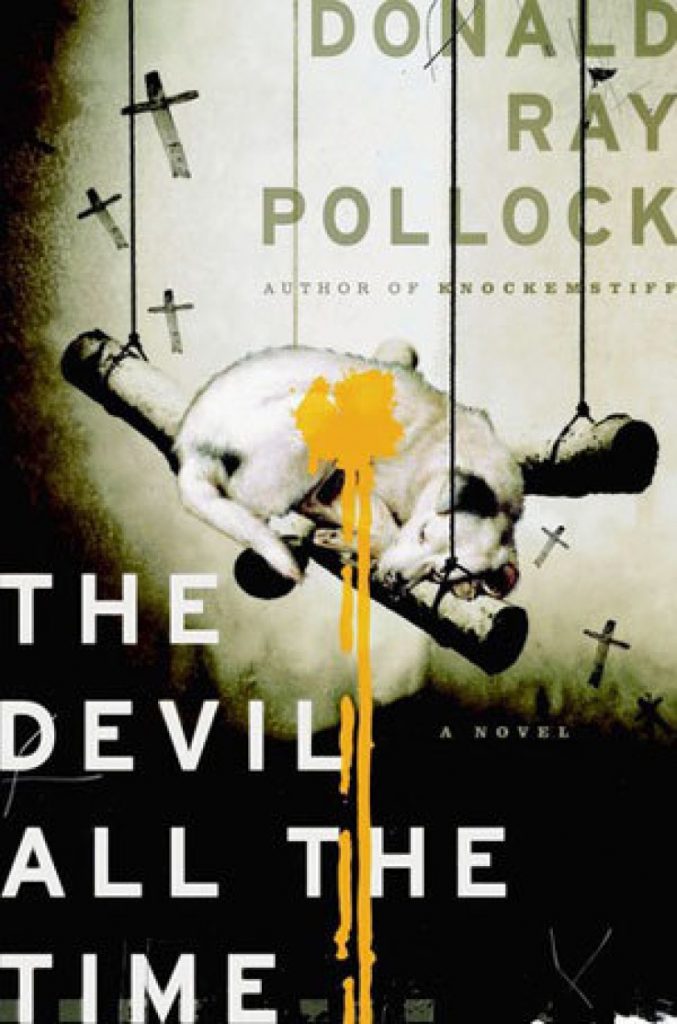 For those looking for a perfect summer thriller, look no further for one of the grimmest novels written, The Devil All the Time. Donald Ray Pollock’s predecessor to his 2016 novel The Heavenly Table takes place in the familiar Ohio background centering on various characters all looking to serve their own purposes in the small town of Knockemstiff.

No page is spared from dread, and utter horror as young WWII veteran Willard Russell is plagued with his military past overseas. When he discovers his wife Charlotte has cancer, he goes on a psychopathic breakdown spilling the blood of local wildlife at the “praying log,” his quiet sanctuary in the backyard woods. His son Arvin is caught up in a lousy childhood, becoming more like his father than any reader would’ve imagined.

Pollock took southern themes of religion, arms, and death tenfold, releasing a journey intertwined with a dark fate. In a town this crooked, there is no God. Readers will discover even the local sheriff’s department is no savior as he and his sister are as twisted as they come. Deputy Lee Bodecker, an alcoholic and failed image of justice, struggles to bring his sister Sandy back to a better path after she marries serial killer Carl. The couple prey on hitchhikers across America, searching to fulfill Carl’s dreams of being a professional photographer.

As Arvin grows up around the madness, it’s no wonder he’s so skilled with his small Lugar pistol. Pollock’s take on a Cormac McCarthy-Esque environment soars just as high as the great master of southern gothic. With it being up there with No Country For Old Men, Pollock’s masterpiece is sure to live in infamy for its cruel, gripping take on southern small-town life in Ohio.