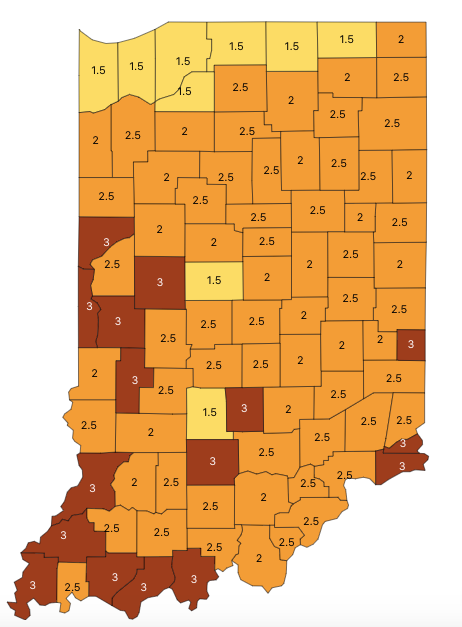 Delaware has a 2.5 weekly metric along with neighboring counties Grant, Jay, and Henry. Blackford, Madison, and Randolph counties remain at a two weekly metric level. Much of northern Indiana, which has been in the yellow, is nearing orange.