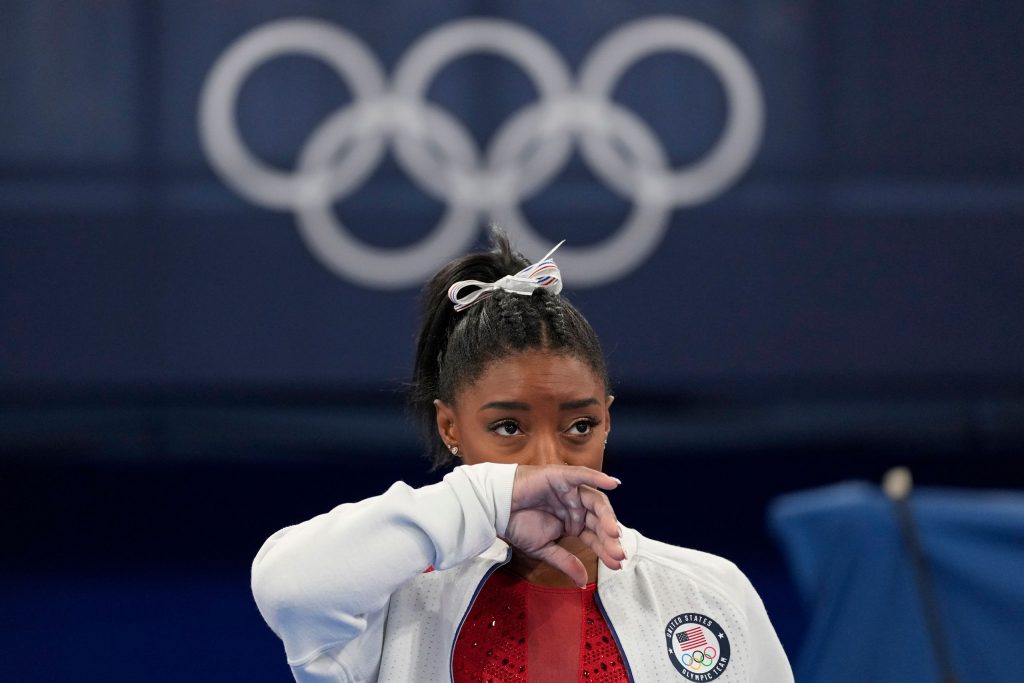 Dealing with the state of the world today

It was revealed July 27 that Simone Biles, Olympic gymnast, would be withdrawing from the Tokyo Olympics after facing mental health concerns. There was never any question that high pressure rested on Biles’ shoulders during a high-stress time in American history. After the country faced a pandemic, the first of its kind since the early 1900s and a national capital attack in early January, one may wonder why more in the spotlight aren’t speaking their truth.

After further medical evaluation, Simone Biles has withdrawn from the final individual all-around competition. We wholeheartedly support Simone’s decision and applaud her bravery in prioritizing her well-being. Her courage shows, yet again, why she is a role model for so many,

Mental health awareness has been around since the early 1900s, but the issue with those facing criticism on a national scale may now be surfacing. Some may wonder what the connection is between the Olympics and a global pandemic and for that, I have to say, everything. Whether we like it or not, this nation is facing dividing issues that run deep in America’s history. It’s only when we must all come together when these issues surface.

A simple Google search revealing deep breathing exercises and Yoga poses won’t fix what’s happening in our world, but it may help. The CDC reported in March that 13 percent of Americans began regular substance usage during the pandemic. Knowing what to say and how to say it right now can be difficult and this article won’t show how to as I myself don’t know. However, I can say that the nation’s pain may be moving toward a brighter future.

Taking one day at a time is a great start and I can attest it has gotten me through many issues. It’s true as a 23-year-old, the world has shifted dramatically from the early 2000s to now and represents the general status of our world today. Celebrities, musicians, and in this case, gymnasts have dealt with substance abuse and mental health concerns, but this is something different. At a time of a changing tide for women and African-Americans in this country, Biles’ statement and decision to leave the Olympics is both brave and a powerful display of humanity. Something about the gymnasts’ actions has alighted a match of hope for the division that rocks our nation today.