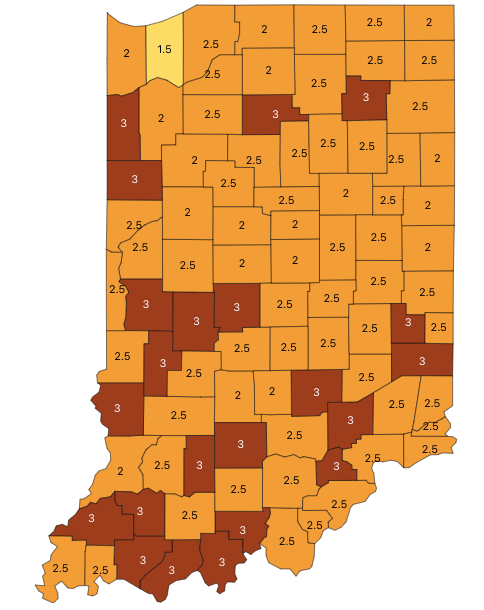 DeKalb, Dearborn, Orange, Perry, Spencer, Posey, and Switzerland counties are no longer in the red, the highest advisory level, and have shifted to orange. Newton, Benton, Putnam, Hendricks, Fayette, Jackson, and Martin counties have shifted to red.

Monroe and LaGrange counties are no longer yellow, shifting to orange.

The number of totally vaccinated residents has increased to 48,237. Marion continues to have the highest vaccination rate, with over 464,000 residents fully vaccinated and Hamilton following behind.