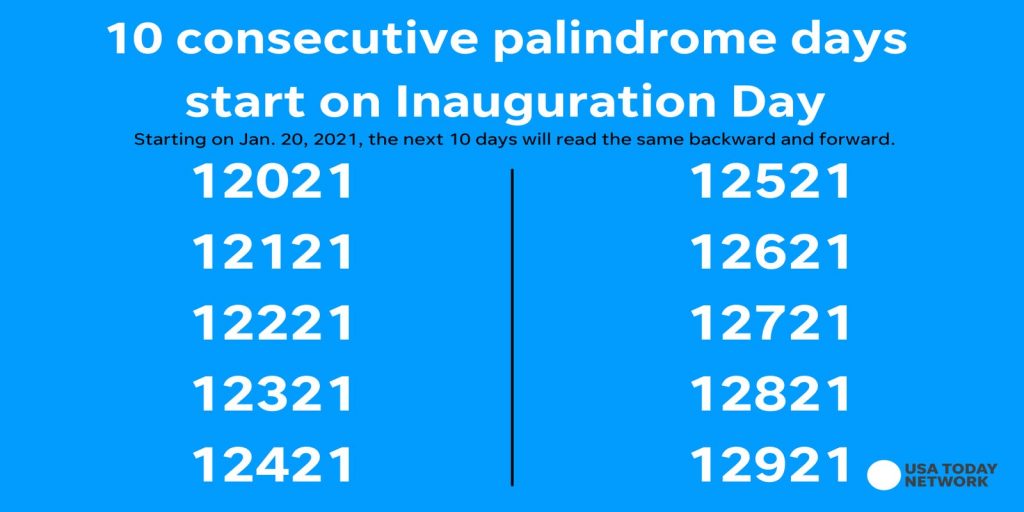 As the “dates” align…

From the 20th of January till the 29th, every date will be considered a palindrome date. Palindrome comes from the Greek words “palin” meaning “again or back,” and “dromos,” meaning “running.” Every date will be able to be read backward the same as it is read forward. Later this year, in December, from 12/1 till 12/9, this will happen again. After this year, palindrome dates won’t occur for another 100 years.

Monday’s Inauguration Day is considered the first to fall on a palindrome date. The next time this will happen will be in 1,000 years, on the 20th of January, 3021. We are living in a historic time!