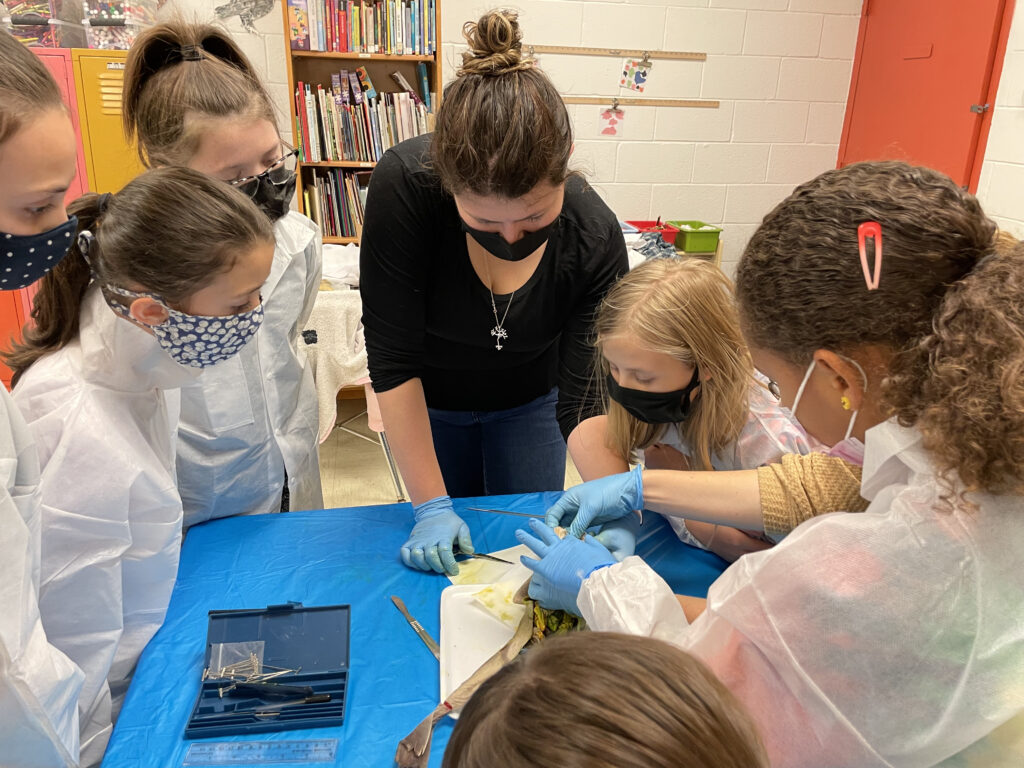 Saturday, the Ross Community Center had biology and chemistry master scientists (Sam Turk, Kelsey Woodruff, Emily Danzeisen, and Bree Nowak) introduce the world of dissection. Our Female Science Camps, which occur on scheduled Saturdays throughout the year, saw another successful turnout as approximately eight young girls experienced the biology of frogs and fish.

“As I cut the top layer of the skin off, what do we see? What kind of muscles live in the legs,” Turk asked students as she cut off a piece of skin from a grass frog.

Students responded with “hamstrings?” to which Turk confirmed.

While dissecting the animals, students noted how the formaldehyde gave off a strong odor. Turk noted how vaseline can help masquer the smell; a tool most professional biologists use when dissecting animals.

Woodruff later taught the girls the skill of probing muscles and organs to observe the insides of animals.

We hope to continue these science camps as the new year comes.

The following day, students who had participated in the Ross Center’s Youth Orchestra Camp, performed live at Ball State’s Sursa Hall. These students learned how to play the cello and viola from professionals of Youth Symphony Orchestras of East Central Indiana.

Both of these events sparked lasting change in these students’ lives. At the Ross Center, we want to encourage the fulfillment of learning through a fun and positive environment. The collaborations our center has made with local groups and leaders have been a true blessing. We want to thank Ball State University, YSO, and our five amazing scientists who helped impact these students’ lives for the better.