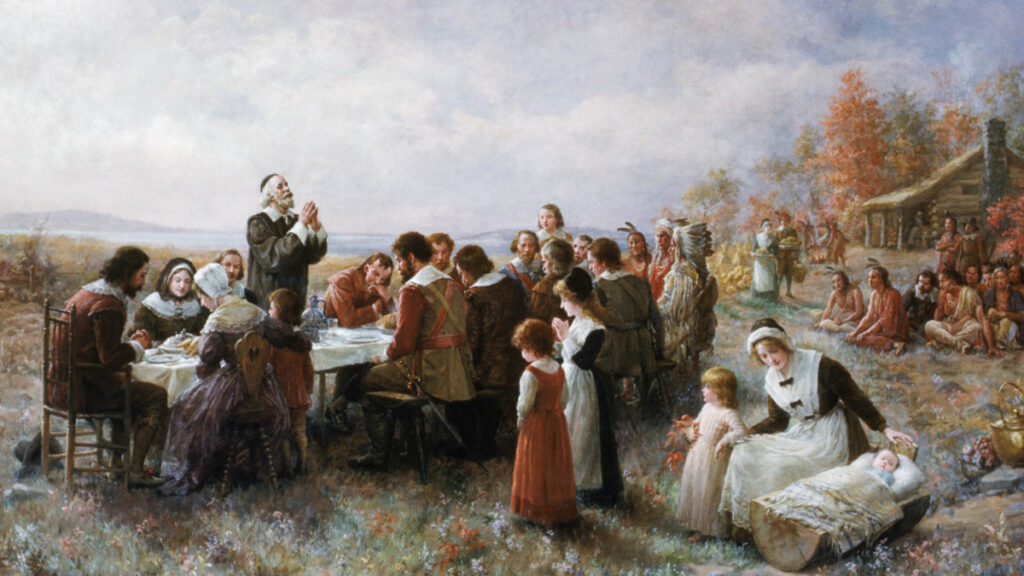 A history of Thanksgiving

Before candied yams, delicious ham, and the controversial green bean casserole, there were lobster, seal, and swans, among other items celebrated around the dinner table. In 1620, after the Pilgrims established their colony in Plymouth, they were greeted by a member of the nearby Abenaki Tribe.

Squanto, a member of the Pawtuxet Tribe, got word of the new colonists and together shared their disheartening toward England. Squanto, who had been sold into slavery by an English sea captain, had later escaped onto a voyage, making his way back to Plymouth. He brought an alliance between the Pilgrims and another tribe, the Wampanoag. Although their alliance lasted over 50 years, it would be one of the few alliances between Englishmen and Native Americans.

The land, which would later become part of Massachusetts and Rhode Island, had housed the Wampanoag Tribe for over 12,000 years. The Mayflower, which carried 101 men, women, and children, was a treacherous journey killing half of the Pilgrims due to disease. It was only natural by the time winter came, the Pilgrims gathered what supplies they could to outlast the cold.

Squanto had helped the group learn how to cultivate corn, catch fish before the winter had come. Soon after, the two groups protected one another from opposing tribes. Although many of us refer to the Englishmen as “Pilgrims,” the group referred to themselves as Puritans. The Puritan beliefs differed with the Church of England, which led to the Puritans’ departure. However, what many may not know is that Plymouth was not the Puritans’ first stop.

Holland offered temporary sanctuary for the Puritans until scandals and other forms of persecution led to the group leaving again.

Massasoit, leader of the Wampanoag, enlisted men to seek out deer and other game alongside the Englishmen. Later that day, the two groups sat down together to celebrate the two’s friendship which had greatly helped the Puritans. It would only be decades later when the two groups were remembered for bloodshed and murder.

Fast forward to 1863; President Abraham Lincoln commemorated the well-known Battle of Gettysburg with the second Thanksgiving. This was a big deal since the Civil War would last another two years. The Civil War was the bloodiest war in American history, as over 620,000 men were killed.

There’s a shared sense of thankfulness and family, much like the Puritans and Native Americans once shared when people celebrate Thanksgiving today. To most of us, the holiday is more simple than that, delicious food.