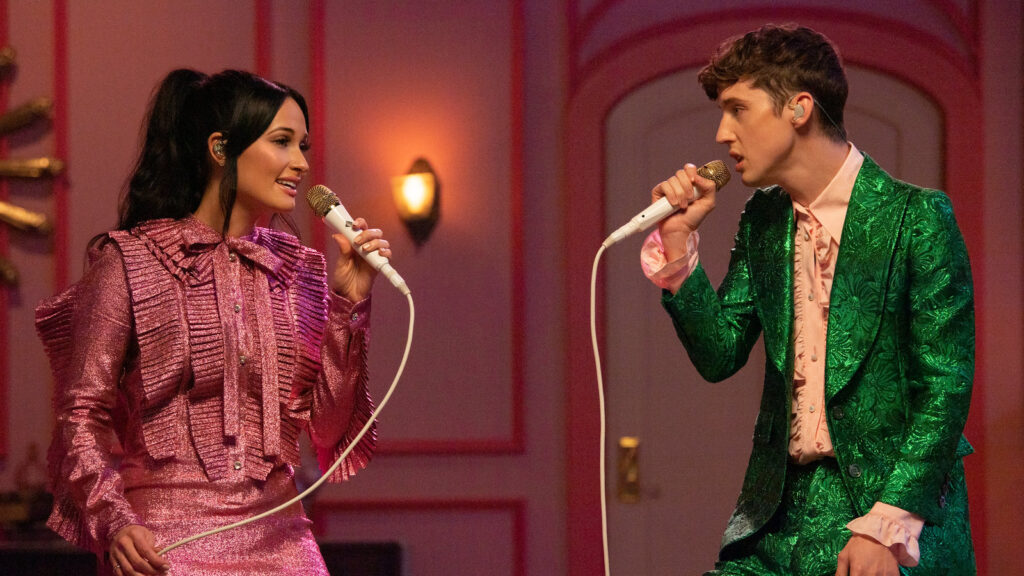 6 songs to enjoy this holiday season

The holidays have a way of uniting the world, even through all the things that divide us. The holiday season is here, and we’ve got the perfect upbeat holiday flair you’ll love. With previous to current generations, these holiday songs will bring our loved ones closer this month.

Kacey Musgraves, who takes inspiration from “the greats” like Dolly Parton and Judy Garland, brought the Christmas spirit full circle when she sang “Glittery” with singer Troye Sivan. The song celebrates the joy, love, and h spirit while sprinkling in LGBTQ+ elements.

Have Yourself A Merry Little Christmas – Judy Garland

Released in 1944, Meet Me in St. Louis featured the late Judy Garland, who sang a fantastic soundtrack including “Have Yourself A Merry Little Christmas.” Garland was the first to sing this Christmas classic written by songwriters Hugh Martin and Ralph Blaine. The song has since been covered by several artists like Sarah McLachlan, Kelly Clarkson, Lady A, and Bing Crosby.

Stuck with U – Ariana Grande (with Justin Bieber)

Released in 2020, “Stuck with U” was an interesting collaboration as it’s the first between Justin Bieber and Ariana Grande. While the song was for those stuck inside during the pandemic breakout, the song can easily be relatable for those watching the snowfall this holiday season.

Shawn Mendes dropped his most recent album Wonder approximately a year ago which featured “The Christmas Song” on a separate album purchase. The track features Mendes and his longtime love interest Camila Cabello. The two split in mid-November after two years of dating.