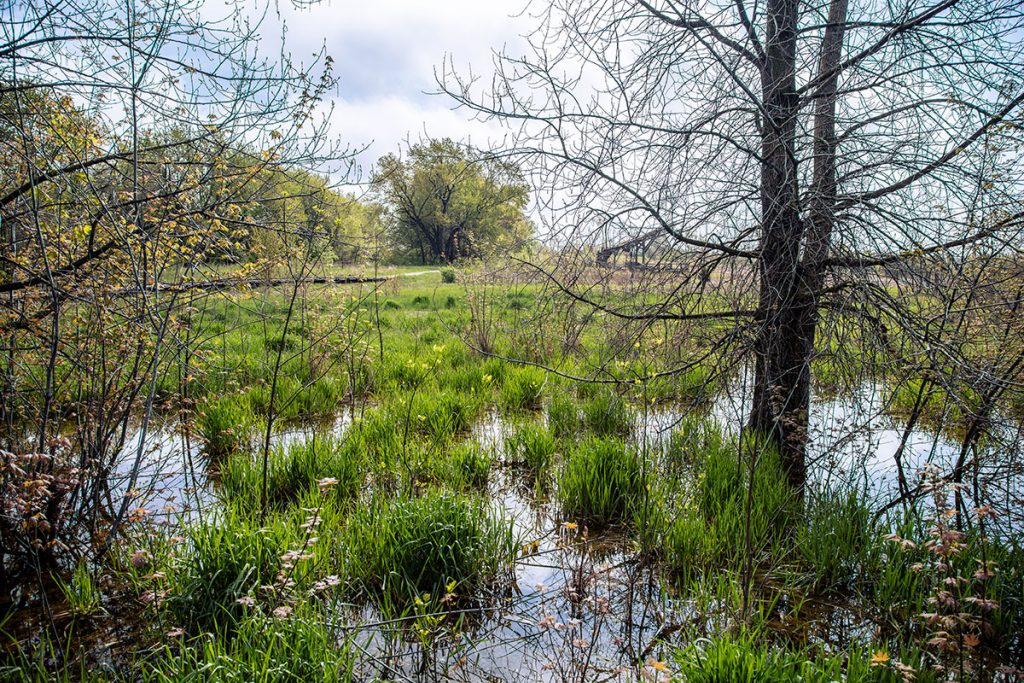 So many insects, mammals, plants, and other scenes of wildlife live right outside our back doors. Take a look at five commonly found animal species found in the Muncie area.

This bird is native to the Muncie area and can be spotted by its signature orange breast and its familiar songbird call. Although its appearance closely resembles the European Robin, the two are not related. The American Robin is commonly found in northern America, and they later migrate to central Mexico and the Pacific coast. Approximately 80 of them live in the Muncie area, while there are over 120,000 of them in the world.

These curious creatures are native to the eastern United States, southern Ontario, and Quebec, Canada. They are a dragonfly species commonly maneuvering nearby ponds and still waters. Females come in a bright green color, while males are distinguished by their blue abdomen and green face. About 14 of them live nearby, while over 40,000 of them live worldwide.

These dragonflies are similar to the eastern pondhawk as they come in similar colors. However, less than five of these creatures are found in the Muncie area, while over 15,000 live worldwide.

These dragonflies differ from others in appearance, notably males having a striking white abdomen and black-spotted wings. Females have a brown abdomen with black-spotted wings. Like almost every dragonfly species, they grow to only 2 inches long. Approximately 17 of them are found in Muncie, while over 33,000 exist worldwide.

Blue Dashers are common and can be found in much of North America and even the Bahamas. They can be spotted with their light blue abdomen and greenish-blue head. Only 10 of them exist in Muncie, while over 42,000 exist worldwide.