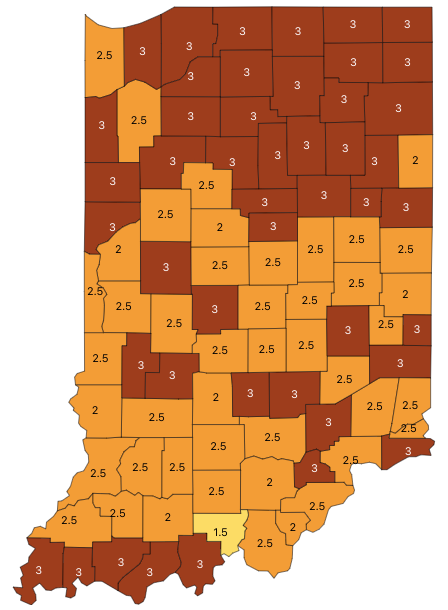 Crawford is the only yellow county this week, the lowest advisory level.

Delaware’s positivity rate is now over 14%, the highest it’s been in weeks. Although there have been over 100 positive cases of COVID-19, only one death has been reported.